At the premiere of the PIQ.3D-gate at last year’s Control in Stuttgart, the team of FARO and ProNES employees presented the first two variants of the PIQ.3D-gate. Compared to last year, the interest at this year’s Control increased even further. For us, this is the best proof that this innovative all-in-one solution meets the requirements of numerous companies in the manufacturing industry.

In the 2019 version, the focus was not only on transparency and precision of the recorded data, but also on flexible use: the test specimen is guided through an on-demand scalable gate equipped with sensors, using any transport system. For example, it can be used in automated incoming goods inspection, to name just one of the many possible uses in other company departments.

Despite the already wide variety of possible applications, the development team of ProNES and FARO never tires of designing further variants. The developers are currently working on a solution in which the sensors are mounted on a robot. This makes it even more flexible to react to the shape and size of the specimens.

Under the following links you find a short video about the first variant of the PIQ.3D-gate as well as further information about the basic principle: 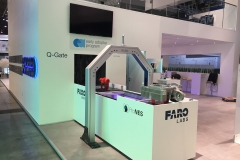 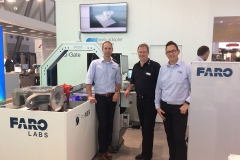