The company run is just over, as ProNES continues its sporting activities. There should be no lack of team spirit, even if we are rather passively intervening in the actual events.  In this case, we leave the top performances to the German World Cup Team and the international participants at the pole vault meeting.

Hopefully, there will be high spirits in the event arena for the 2018 World Cup (14 June to 15 July), in which ProNES is represented with a fan box. Here we will celebrate the summer fairy tale 2018 with our business partners, colleagues, and friends. The Event Arena is again located directly next to the ProNES company headquarters. Thus, we will experience the entire World Cup and the storms of enthusiasm of the spectators up close. The arena covers 11,000 square meters and offers space for 6,500 enthusiastic football fans. The huge stage of 16.5 x 12.0 meter stage, with its integrated 52 m² HD-LED screen, promises a word-class view from every seat.

In the truest sense of the word, the organisers of the pole vault meeting, which will be hosted  by the Turnverein 1861 in the ASV on July 4, will also be raising the bar higher and higher. The annual pole vault meeting has meanwhile made a name for itself far beyond the borders of Landau. This year the top-class,  international participants meet not on the Obertorplatz, but on the Neuer Messplatz. The Event Arena offers an additional highlight: After a vault the spectators can once again look at all the details in slow motion on the LED screen.

The preparations are in full swing and the whole organisation team is looking forward to numerous hands which will drive the athletes from all over the world to new heights.

More information can be found at: 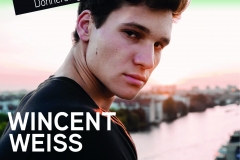 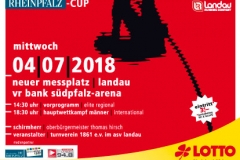 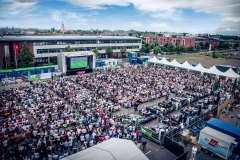 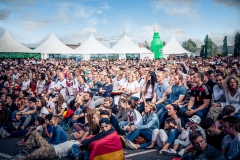 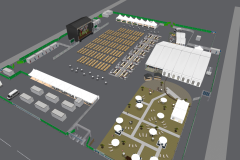 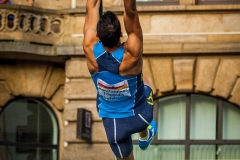 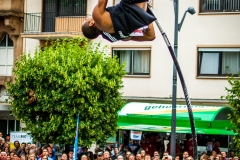